Skip to content
Home » News » Woman who claims she’s been dating John Dumelo for 4 years pops up ahead of his wedding (1,251 Views) » Share To..

As Dumelo prepares to marry Mawuenya, another lady has come out to allege that the actor has duped her and she and her entire family are pissed and threatening legal action against John.


According to controversial Instagram page, thosecalledcelebs, the lady known as Frances claims she has been John Dumelo’s girlfriend for the past four years. A friend of Frances contacted the account and said the lady, a graduate of Ashesi University, has been dating John for the past four years. Apparently they had even planned a vacation to celebrate their fourth anniversary and the next thing she heard John is getting married. The friend said Mawunya who is walking down the aisle is actually the side chick who John has been dating for only two years yet he has dawged Frances for her because she got pregnant. She said the girl and her family are furious and if they have their way they would disrupt the ceremony this weekend 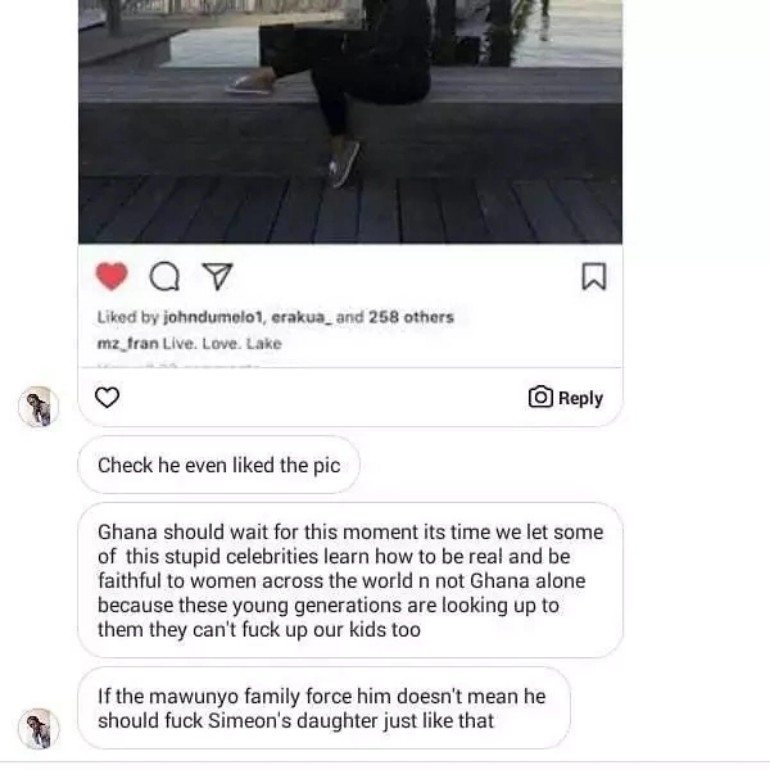