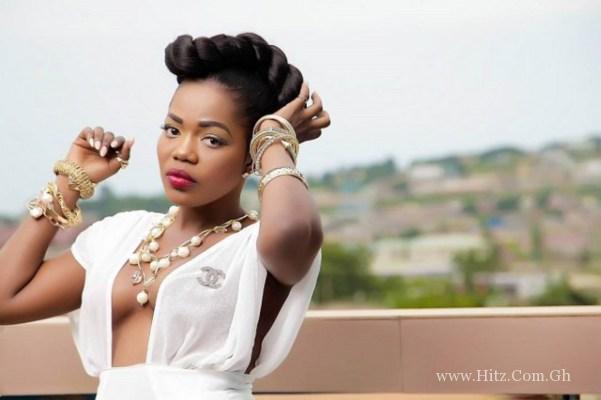 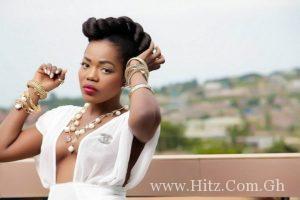 Ghanaian singer and entrepreneur, Belinda Nana Ekua Amoah, popularly known as Mzbel, has been exposed after going in on journalist and the Editor-in-Chief for The Publisher Newspaper, Ansah-Addo Halifax.

A few days ago, Halifax published a story regarding Mzbel’s dramatic U-turn on her sexual escapades with former UT Bank boss, Kofi Amoabeng.


This didn’t go down well with Mzbel so she took him on on her Facebook, jabbing him from left to right.

In response, Halifax dropped some jaw-dropping revelations about Mzbel and we have no option than to share with you.

Halifax took to Facebook to write a long letter to Mzbel and it reads:

Dear Mzbel, My attention has been drawn to your rants, lies and insults. Initially, I decided to ignore you because it is your stock in trade. I mean, you have always had problems with almost every story the media ever wrote about you.

I remember your reaction to and denial of the story of the robbery in your home. I also remember your contradictory reaction to the report about whatever happened between you and the KNUST students. I do recollect again, your reaction to news reports that you had been detained over some traffic offences. Even your thoughts about Jesus Christ managed to land you in some media controversy of some sort.

Then, there was the controversy over why you left ICGC and what you had told someone’s husband about which pastor was bonking who. Again your fight with Graphic Showbiz, Ghana Celebrities and several others

As for you and the media, ah well…. Controversy has always helped your brand. You are a good musician and I must confess, I admire your entrepreneurial skills too. But you’ ve got to understand that just like life, music career has its ups and downs. So, when you are down, relax, keep working hard and believe in God for a brighter day.

Resorting to such media ‘beefs’ to remain in the news is old school strategy and paints you as a cantankerous brand. Get creative and trend properly.

Now to the main issues you raised:

ISSUE #1 “Halifax Ansah Addo, you used my image and lies to promote and sell “News One” paper and now this? The last time we met at Peace FM, you were all apologetic, blaming every harm you’ve ever caused me on perception… You later came over to my event at Bukom to plead with me to feature your artiste on my stage. This is absurd and sometimes I wonder what you people want from me… What do you gain when you boldly lie to tarnish me?”

RESPONSE: You accuse me of using your image to promote News-One? Really, I thought you were the one who rather drove to my office with Maxwell (the gentleman now with the adorable McBrown) and provided me with photos and stories to promote your brand.

When the news is positive and we publish, you get excited. Right. I am a journalist and I put out what I consider as news. So, when it is negative, you should not complain.

Again, you are telling a big fat lie that I, Halifax Ansah-Addo, pleaded with you at Bukom to let my artiste feature on your stage. Get serious. Your management contacted me that they NEEDED my artiste on your stage. I charged them and they paid for his performance. I remember they again contacted me for another performance from him when you staged your NDC concert. We charged them again and they paid. We never begged to be on your stage.
In any case, you really think NII FUNNY would plead to be on a stage in Bukom? Oh how? Kindly check our records in that community. We run the show there. Abi you know ‘dada’

ISSUE #2 “Delay asked me a sarcastic question and I gave her a sarcastic answer but unfortunately, I was misunderstood…. I really don’t get it, what has my relationship with Mr. Amoabeng got to do with anyone…? Is that the cause of the constant rise fuel prices?”

RESPONSE: There was no gun to your head when you answered the question Delay asked you. As a journalist, I found your answer to be an interesting one. I sell news. Not all news items are to reduce the price of fuel. News is not only to inform and educate. It is also to entertain and I found it entertaining to hear you on public television tell us about who bonks you.

About a year or so later, I found it equally newsworthy to have read that you had gone on Rainbow Radio to say you never got bonked by the man you claim had bonked you, during your interview on the DELAY show.

It was a piece of entertaining news because of your celebrity status and the fame of the man whose name you are mentioning in the media over sex-related matters.

For the records, I did not manufacture the story. It was sourced to Rainbow Radio, the same station you spoke to. Indeed, even the station’s website, www.rainbowonline.com carried same story.

Same story was on Peacefmoline, Adomfmonline, pulse.com.gh and several other websites. Why get irritated by only the one published in my newspaper, THE PUBLISHER? Perhaps it was because I described the sex as “hot”. Well, I had no evidence it was hot sex. I just felt, there was no way the sex would be boring. It is a compliment and not an insult.

ISSUE #3 “Unfortunately, I can’t stop jerks like you from saying bad and untrue things about me but know that there is a G-d and there are consequences for telling lies and misquoting others… Rainbow Radio has the full audio of my interview online and I never said any of these things you mentioned. This is sad and I keep wondering if indeed you are a trained journalist or just a desperate blogger. This is offensive and I am very disappointed. Some of your colleagues in the studio with me during the interview had the best and encouraging things to say except you. This is not a noble way to start a new business.”

RESPONSE: I am not a jerk. That’s an insulting word. Ladies do not use such words. I have a spare copy of the good old book, ‘Courtesy for Boys and Girls’. It may help you in your choice of words. As for the full interview being on Rainbow Radio, I have already told you the station’s website was where I sourced the story from.

What things did you not say? Please educate us on which of the versions to believe: you said the man bonked you. Did he or did he not?

And to answer your question, I am not a blogger. And yes, I am a very well trained and professional journalist. An award-winning journalist for that matter. If there is a portion of the story you are not comfortable with, all you needed was a simple rejoinder or a call on me to correct it.

But thanks for sharing my front page on your Facebook wall. At least you have helped pushed the story to reach some 192, 000 plus of your followers. I am grateful.

I have to end here because there is a video of Ebony playing on my TV. Her style reminds me of your much younger days. Cheers and have a good day. Yours In Arts, Halifax.