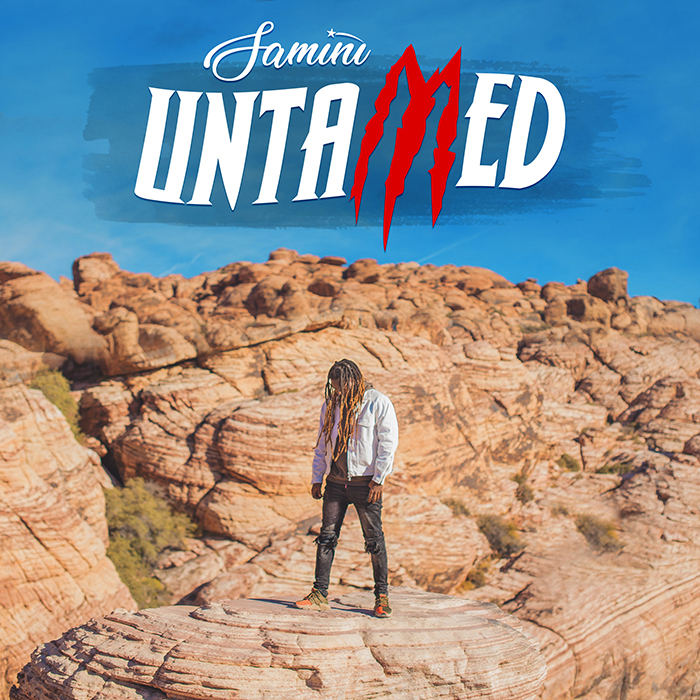 Samini’s Untamed is an intrepid, ravishing and lucid storytelling woven together with such precision that its effects are felt instantaneously.

Few artists have stories to tell in this contemporary music scene. The unwritten but well observed rule is to jump on any mid-tempo beat, say a few words and consider yourself a musician. It is pretty obvious from the chunk of disposal songs making mainstream waves. Then comes Samini’s Untamed: storytelling at its best. At a time where the industry is infatuated with highlife and afrobeats, Samini kicks against the grain by delivering a complete feature-less reggae album, a stark contrast to his 2015 Breaking News album. Risky? Yes, but yet effective.

‘Obaa’ and ‘My Own, has Samini serenading his lover by uplifting her above all others. “Ma ware obaa, ma ware obaa”, which loosely translates “I’ve married a woman, implying that the woman he’s married to has all the qualities he appreciates. His laid-back delivery accompanied by his soothing vocals gives out a melodious tune.

Untamed succeeds at appealing to both the old and new reggae aficionados by infusing elements of Lucky Dube and Culture. One cannot but nod to the bouncy kicks and airy pads, the rattling hi-hats and the shakers that combine to make up the album. Samini has carved a niche for himself and solidified his unanimous assertion as the African dancehall King. This album is a celebration of Africa and its women and as an admonishment of opportunists.

The stand-out track, Ethiopia, is an ode to the country’s rich history and its role in the African civilization. He beckons Ethiopia to never let his memory fade so he can tell his story of the people shipped out of the continent. The beat is well crafted with ricocheting bells and flutes alongside a mild bass taking centre stage

On the funky-esque ‘Never Scared’ he asks, “And they all say that I have changed but who works hard to stay the same”. A question to his immediate pals who think he should stay the same. He observed that they only claimed to be friends when he came around in a Benz indicating that friends will hail you when you have.

The sounds are ravishing, non-monotonous and soothing. Combining the polyrhythms of highlife and the guitar and bass-driven sounds of reggae, Samini reaches the apogee of his career effortlessly while producing melodies quintessentially Ghanaian.