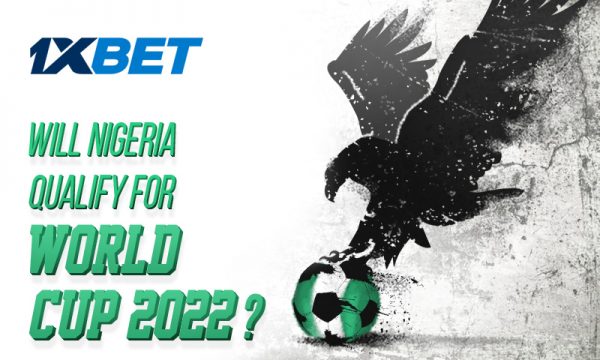 Written by Kwame Anane
You Are Here » Home » News» Nigeria Has Qatar World Cup In Their Sights!

Anyone who has been keeping their eye on African football will tell you that the team that is always one worth watching is Nigeria. This team provides on-the-field entertainment with colorful characters and skillful play. The crowds that their games draw is testament to this.


This is not a new development either. The story starts as early as 1994.  During that particular World Cup tournament, the team managed to creep into the hearts of the football world by making their way into the top 16 of the World Cup.  They played with pride and their hearts on their sleeves, but unfortunately, Italy proved too strong to beat on the day.

The score did not reflect the true spirit of the game. The Super Eagles led from the outset and for most of the game. Striker, Emmanuel Amuneke, scored from inside the box and this pretty much represented how most of the match would proceed.  Only in the closing minutes did Italian Roberto Baggio bring the Italians back to life. The game went to extra time, and that saw Baggio score a goal for Italy and hammering the final nail in the coffin for Nigeria.

Being the proud team that they are, this only spurred the Nigerians to work harder and keep fighting for their best World Cup ever.  This has made them very popular in the world of football, and the crowd and fellow players support them strongly.

Their tenacity has paid off, seeing them qualify five out of the six times for World Cup qualifiers. In 1998 and 2014, they also made it to the knockout rounds.

2018 was one of the most successful run-ups that the Super Eagles have had.  They got so close to getting to the group stages.  However, Argentina put water on their fire when striker Marcos Rojo scored to result in the Nigerians returning home.

In 2019 Nigeria’s lit shone brightly in the African Nation Cup tournament. In previous years 2012, 2015, and 2017, they failed to qualify, but that once again didn’t prove enough to discourage them from putting their best boot forward.  They had a great tournament and showed skill and finesse on the field.

As far as friendly games go, they were successful on this front as well. They achieved a good result against Argentina with a 4 – 2 win and then drew against Brazil and Ukraine.

Nigerian footballers are regularly gracing the Premier League, Ligue 1, and La Liga, and their star players are being signed up left, right and center. Manchester United signed Odion Ighalo, Leicester City have taken on Wilfred Ndidi, and Alex Iwobi is playing for Everton.

However, besides the success of established players, it is the most exciting youth to watch. The Nigerian U-17 team is a record winner of the World Cup in their age group, which holds up much hope for the Nigerian football sector’s future. The international football community is starting to take notice, with big-name scouts picking up their heads to see.

The under-17 team has also seen a lot of success in Asia, with 4 out of their 5 wins coming from countries like China, Japan, South Korea, and the UAE. Which makes one think that they are best suited to a World Cup held in Qatar.  They are more used to the extreme temperatures that November and December bring in that region.  More so than European teams who are not familiar with soaring temperatures of 36 degrees plus.

This could well be Nigeria’s World Cup, and 1xBet bettors are in for loads of football action on the way to the cup.  Look out for your favorite team and support them all the way to Qatar using 1xBets sharp odds, wide line bets, and generous promotions.

Bet and win at 1xBet now!