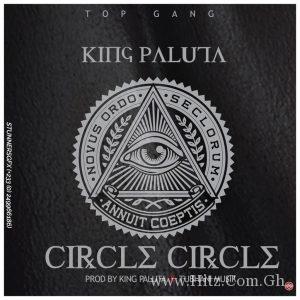 Sensational talent, King Paluta amazes with another party banger titled ‘Circle Circle’, co-produced by himself and Denswag of TubhaniMuzik.


This comes on the back of two successful KingSize EP’s which has kept the listener asking for more and they been rightly served with a creative piece.

Circle Circle, a mid-tempo hiplife record takes a retrospect into life on the streets, they’ve been mocked and tagged negative peeps but this song lives their entertainment and togetherness as narrated by King Paluta.


It will be seen as curse to listen to King Paluta and miss out on the entertainment abound in his lyricism.‎