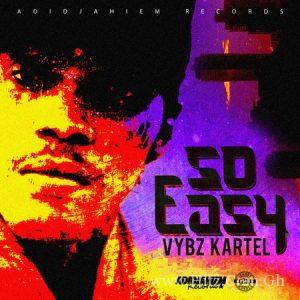 Vybz Kartel came through with some new music for his Gaza Nation fans. Take a listen to his new banger “So Easy” below.

Since the dancehall deejay’s fans started begging him for more new music he has released two new singles including this new joint “So Easy.” The track was produced by his in house producer for his label Adidjahiem Records. “Mi give yo mi all anno half / Halfway tree a down there yaso gal a pass / Take it off wow what a batty broad where yo shorts / If me love you one more time / It would’ve been a god dam crime / Loving you is easily mi naan lie,” Kartel deejay.


A rep for Vybz Kartel recently told Dancehall HipHop that he has slowed the release of his new music purposely to put out more high quality music. The move comes after some fans started complaining about the low quality of some of his music released earlier this year.