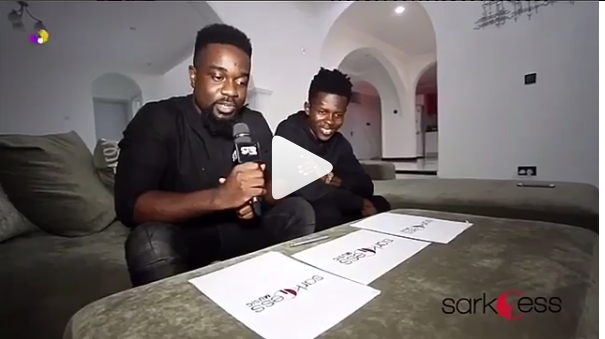 The marriage between Ghanaian music label SarkCess Music and Strongman has ended!

Portions of a statement intercepted by Ghana’s Hub For Pop Culture & Urban Entertainment News – www.nydjlive.com indicates the 2 year contract between the parties has ended with both parties willing to go their separate ways.

SarkCess Music described Strongman as ‘a gem of his kind’ and wished him the best in future endeavours.

Strongman’s 2 year stay at SarkCess Music saw him release a number of projects notable among them is his recent EP, Still That N*gga *(STN).

During the signing in March 2017, Sarkodie described Strongman as his favourite MC of the moment;

“If you ask Sarkodie who my favourite MC is at the moment, undoubtedly it’s Strongee cos it’s really hard for a rapper to listen to a fellow rapper but this guy right here I can say on regular basis always finds a way to amaze me when he drops the bars. It’s an honour to have this talent right here”

In August 2018, reports were rife that Strongman had exited the record which simply because he missed out on Sarkodie’s wedding which he vehemently denied during an interview on BTM Afrika. 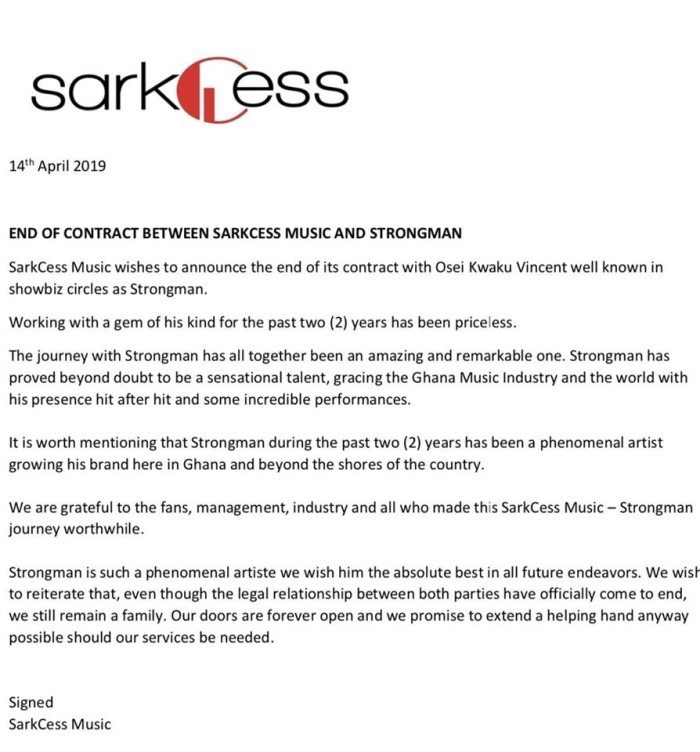