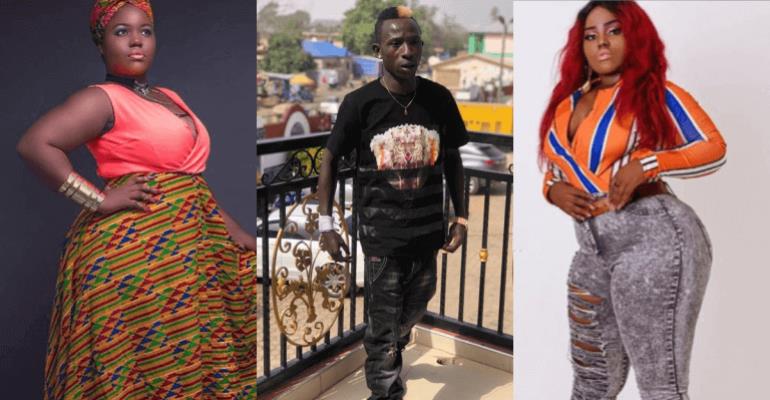 Home » News» Queen Peezy came in for hype and wants to tarnish my brand – Patapaa » Share To..

Patapaa has denied ever dating Queen Peezy. According to Patapaa, Gabi, now known as Queen Peezy came to beg him for hype and with a good heart, he offered to hype her.

Patapaa in an interview revealed that he didn’t charge queen peezy a penny as he offered to take photos with her with the aim of giving her the needed hype to help her modeling profession.

Speaking to Sammy flex, Patapaa expressed her disappointment on the part of Queen Peezy for lying to the media and beginning a scandal with events from his European tour.

It must be remembered that Gabi, known as Queen Peezy recorded a video of herself crying and accusing Patapaa of breaking her heart by flirting with girls in Germany.

The lady even went on radio, saying she is thinking of removing a promise ring the artist bought for her.

According to Patapaa, the lady isn’t his girlfriend and has never bought any promise ring for her. He further clarified issues with respect to his relationship status, saying her real girlfriend who lost one of their baby twins is known as Pat and resides in Swedru.

Patapaa expressed his regret at helping fame-obsessed Queen Peezy as the lady’s actions have brought shame to his brand.