Skip to content
Home » News » Purpose Of Music: Music Evokes A Plethora Of Feelings Among The Listeners (195 Views) » Share To..

What is the purpose of an art piece? It could be anything, it could be a piece of painting, a piece of poetry, a novel, a short story, or a piece of music. A song bears so many emotions of the composer. According to Edward Husserl, what we create is a reflection of our own being and according to Hegel, our surroundings create our consciousness.

So in a way, what we create not only reflects our being but also reflects our surroundings. The surroundings could be psychological or physical but the reflection lives through the piece of art.

A pound of music as a vehicle of emotion:

Similarly, a piece of art that is the vehicle of the composer’s feelings and emotion is channelled towards making us feel the same thing. Each song or music has its own imagery that it invokes in the minds of the listener. You can feel the feelings of the composers or it can awaken totally new feelings in you. Taylor Swift, Bruno Mars, and other songwriters write the songs totally based on their own experience and all these experiences are felt by the listeners too.

That’s what makes a song a great piece of art if it awakens in the listener the same feelings it once awoke in the composer, that is when a piece of the song has won the chart.

There are many songs that capture the feelings and message the composer wants to convey through their songs. Songs like Someone Like You by Adele, This is America by Donald Glover conveys the feeling also the message that it has behind it.

Each song has a targeted audience that it wants to reach but sometimes, because of the shared experience, it surpasses the boundary that the composer has set. Those are the songs that climb the chart (mentioned above)and reach the top position.

What are emotions such as blockbusters evoke? 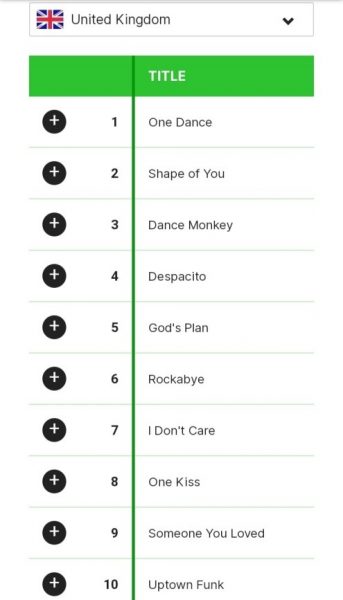 Look at the table that is posted above. What do the songs have in common? They invoke the feelings that are expected of them. All the songs that are mentioned above are number one in the respective county. But the songs evoke the expression in the listener just as the same.


Most of the song in this chart here is a pop song. The reason why the pop song has I vaded our hearts is because of the expression it invokes in us. Even though the genre of the song is pop, the topic and the story behind the lyrics is what makes us more connected with the composition. The words speak in more dimension than ever.

The lyrics play a huge role in the evocation of the feelings. In the chart songs like ‘Shape of You’ by Ed Sheeran or ‘Someone, You Loved’ are basically about love. ‘I Don’t Care’ is about your own experience about how you seriously don’t care. ‘Despacito’ and ‘One kiss’ is about how you want to win the love of your loved ones meanwhile the other songs are there because of the tempo and the danceable best of it. The lyrics play a huge role in making a song turn into a chartbuster.

If the lyrics are meaningful and conveys the feelings of many in words then, of course, it will reach to them despite the language, for example, Despacito is a Spanish song but it has been on the chart for quite some time, even though it keeps fluctuating but we are pretty sure it will not leave the minds of the listeners. 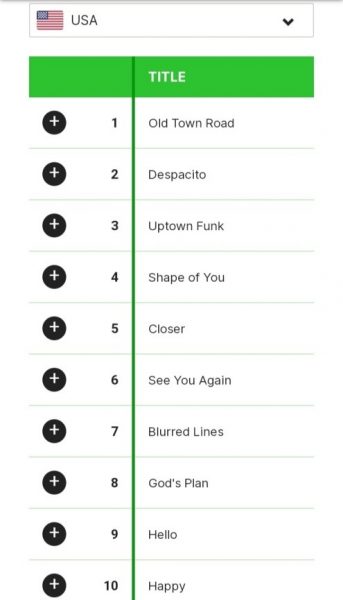 In this chart from the USA, Songs like Happy by Pharell Williams, Blurred Lines by Robin Thicke, Closer by Chainsmokers, Uptown Funk by Bruno Mars are all the songs that are big on beats. The beats are what make the song more approachable in the party halls, in discos and other places. While the karaoke business runs on the amalgamation of genres of songs that the customer chooses, but dance floor calls for those songs that offer them beat and peppy music tone.

The danceability of the songs makes it more alluring and it clings to the listener as they humm the song even when they are at home. It makes us pumped and feel energetic. These are the songs that are usually used to inspire people and make them feel enthusiastic so that they can relax and enjoy the time.


Such pieces of music are also a source of relaxation. Music genre such as country music which is a combination of both eclectic and comfort or psychedelic, blues music, jazz, or soul music or indie music are such a good source of relaxation as it invokes a sense of security among the listener. The song ‘Old Town Road’ is a great example of such phenomena as it is eclectic and evokes a sense of comfort in the listener, making them want more of such music.

That is why this song is the chartbuster in the USA and has been reigning the chart for quite some time. It creates in them imagery which takes them back to their comfort zone that they have been craving for a long time. That is why when nothing seems right, people tend to resort to music.

Songs that are more pumping with beats and keynote are the main reason behind the energetic effect that it produces in the listener. EDM and Hip-Hop songs among other pop songs are great examples of such phenomena. 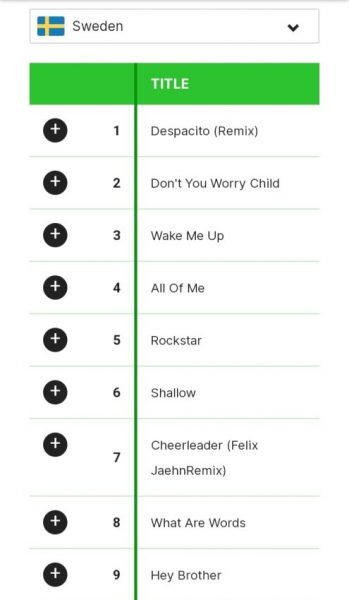 It is in Sweden where the songs which are more energetic rules in the chart. The noisier and pumping they are, the faster they will reach the chart. It is all about getting the adrenaline rushed that is why songs like ‘Don’t you worry child’, ‘Can’t Hold Us’, ‘Despacito’ is ruling the chart. The more the best the more like it will get.

The evocation of feelings in the listener is very key to reaching the world of the top tier of music. If the song has everything a certain audience wants, no one can stop the song from reaching the number one position.