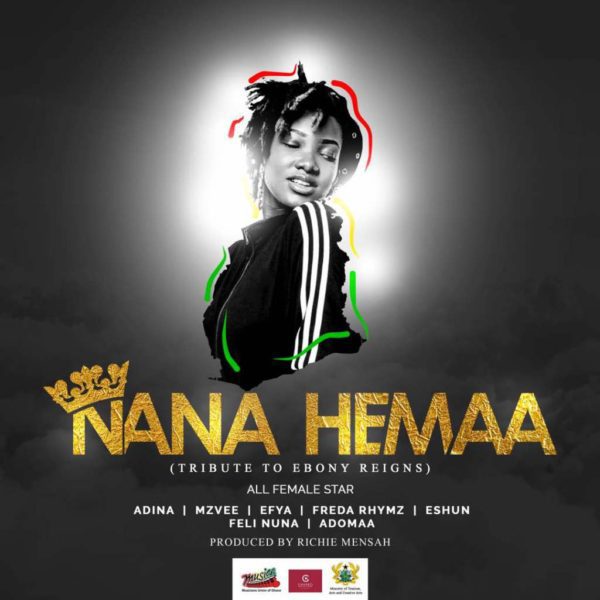 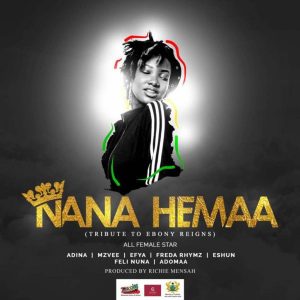 Female colleagues Adina, MzVee, Efya, Freda Rhymz, eShun, Feli Nuna, and Adomaa have released a touching tribute to the Dancehall diva Ebony Reigns in a tune titled “Nana Hemaa”.
‘Nana Hemaa’ is produced by Richie Mensah of Lynx Entertainment. The project is put together by the Ministry of Tourism, Culture and Creative Arts, The Musicians Union of Ghana(MUSIGA) and The Ghana Music Rights Organisation (GHAMRO).


The ‘Maame Hwe’ crooner would have turned twenty-one (21) years today, February 16, 2018 if not for her unfortunate death.

The Dancehall songstress Ebony Reigns (Priscilla Opoku-Kwarteng) would have turned 21 today, February 16, had she not been involved in that Gory accident on the Kumasi – Sunyani road a week ago.

She died in a car accident on 8th February, 2018 when she was returning from Sunyani in the Brong Ahafo Region.

According to the police report the Jeep she was travelling in crashed into a VIP bus on Thursday evening.

Ebony was travelling with three other people, and two of them have also been confirmed dead. The two include a young lady, Ebony’s friend, and a military man.