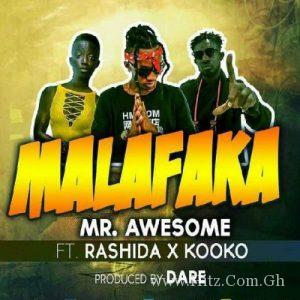 If you are active on social media, especially Facebook you would have probably heard of the “Malafaka” term going around.


Long story short: a girl from Berekum, Rashida ‘Black Beauty’ was dumped by her boyfriend Kushman. Out of broken heart, she made a series of videos dissing Kushman for jilting her.

Though the videos contained abusive words, many people found them funny. Rashida went viral and she is now a social media star. She then teamed up with two B/A artists to make the diss complete by dropping the single titled “Malaka.”

Rashida has been nominated for the “Viral Video of the Year” at the Jigwe Awards organized by Viasat1. She was also granted an interview by the TV station where she revealed that she would like to go into acting.