Moesha Opens Her Legs To Display Her Private Part (Photos) 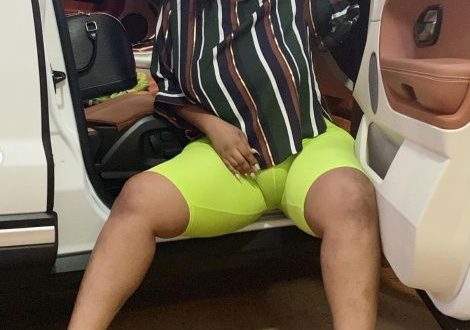 Actress and social media star, Moesha Boduong has been trending after she shared some controversial images of herself on social media.

The pictures show Moesha sitting in her Range Rover with her legs widely opened and completely putting the shape and size of her private part on display.

Moesha has been in the news quite lately for all the wrong reasons, after it was reported last week that she has allegedly contracted HIV from Maddhaus Entertainment CEO, Livingstone Abani.

This was revealed by a notorious Snapchat user, “Fatpussy005” stating that Livingstone is HIV positive who pays Nigerian and Ghanaian celebrities and some slay queens huge sums of money to have unprotected sex with him.