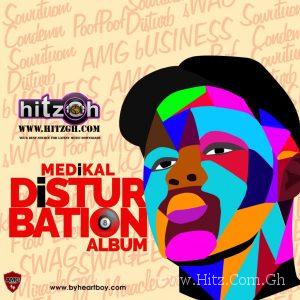 The much-anticipated and most talked about album from Medikal dubbed ‘Disturbation’ is finally out for free download exclusive on Loud Sound GH. The album was launched on 1st July at the West Hills mall and saw top artistes coming through to support the unveiling of the young star’s début 22-track album. 20 songs produced by Unkle Beatz and 2 songs produced by Nec Tunes.

Below is the full 22-track album for free streaming and download. Some of the songs have already been released prior to the official release of the album.  Download the full album below in a zip format