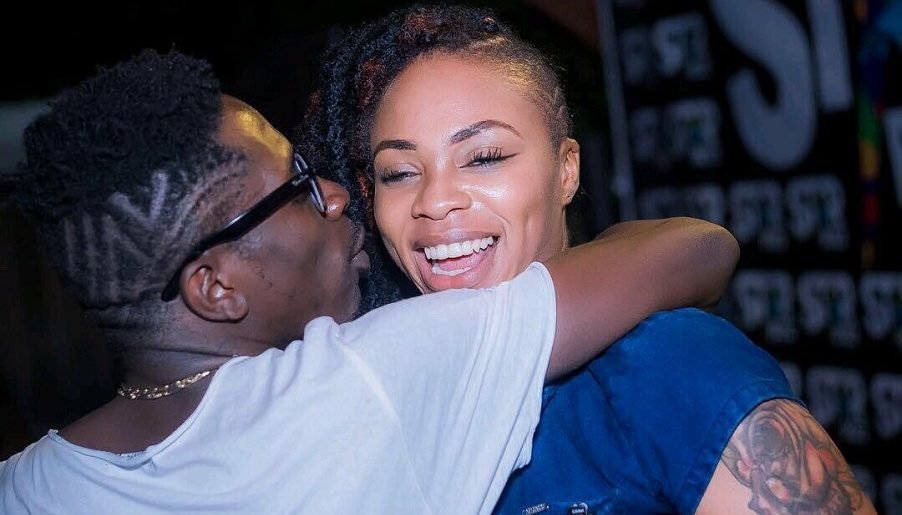 Musician and entrepreneur, Diamond Michelle, popularly known as Shatta Michy, has stated that she is proud of her ex-fiance Shatta Wale

In an interview with Joy News’ Becky she said “I have listened to his song featuring Beyonce and I am proud of him. I wish I could give him a standing ovation”.


Shatta Michy, who is also the dancehall artiste’s ex-girlfriend urged people to stop their criticisms and “let him live.”

Although they have broken up, Shatta Michy says she is happy for Shatta Wale and the milestones he is reaching.

Weeks ago, Shatta Wale on Accra-based Peace Fm also heaped a lot of praises on his former fiancée Shatta Michy for her grace and maturity even after they broke off their relationship.

Shatta Wale who appeared on the Entertainment Review with Akwasi Aboagye agreed with Mark Okraku Mantey that Shatta Michy is matured, has sense and is educated.

Mark Okraku Mantey said he had a personal chat with Michy for more than 30 minutes about Shatta Wale and not once did she say anything negative about her ex. She only said Shatta Wale, like many men, is imperfect, but he is extraordinary in what he does.

“Oh yes, she’s matured. She is educated and she is smart. I will give that to her on any day”, Shatta Wale said