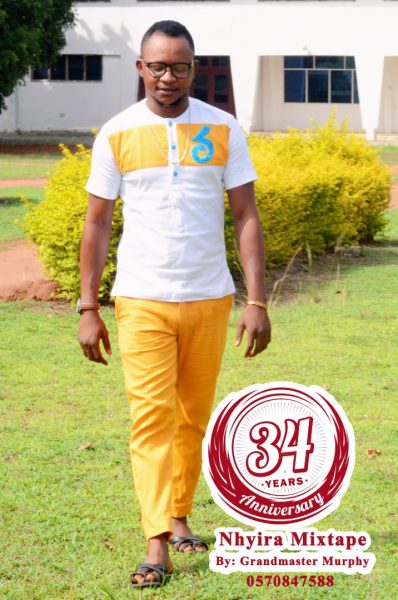 The award winning Tv & Radio presenter, Grandmaster Murphy has dropped a new mixtape titled “Nhyira” as a special gift for fans and loves ones by way of marking his birthday in grand style.

Murphy was born on 21 April, 1986 and acquired his professional training in Journalism at Shaw Academy University in South Africa where he was adjudged the Overall Best Student in Broadcast Journalism in 2017 and also a product of IPMC and Kumasi Polytechnic but he still has the urge to pursue higher studies.

He developed love for radio at a very tender age, hence by the time he was fifteen (15) years, He combines music with presenting which makes him unique and exciting to listen.

After driving the Garden City without any blemish through the week on Kumawood Tv’s Entertainment Show.

Entertainment being a form of activity that holds the attention and interest of the audience or gives pleasure and delight, he then feed the City on Saturdays with an authentic entertainment show called Entertainment Extra on Todays Radio preferably the best in Northern Sector being listened across the globe from 4pm to 6pm no wonder the show won the best Entertainment Show at the just ended Foklex Media Awards 2019 and Best House Entertainment awards 2019.

Grandmaster who has carved a niche for himself in the showbiz industry is the CEO of I.G.W.T Entertainment and Grandmaster Initiatives.

DJ Murphy a virtual disc jockey has a vision of making CNN and BBC not his limit in his quest for acquiring productive distinction in his career.

Listen to Nhyira mixtape below………