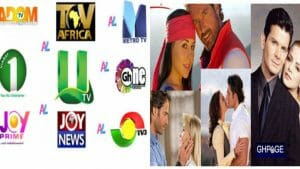 
According the national film authority, they are going to put strict comply to the development and classification of film act 935 that states ‘all audio visual content shall be previewed and classified before exhibition’.

In view of the above the National film authority has been working tirelessly to ensure some of the audio visual contents which are shown on Ghanaian free to air Television station are barred.

Among all the most prioritized on the agenda is the foreign Telenovelas which the film authority intend to clear off from the free to air TV screens.

In a bid to achieve this, the Telenovelas will have to be put into the unclassified audio visual content which the laws will have no other choice but to ban it from showing on Free to air Television, Cinema theathres, movie centers, film libraries etc in Ghana.

FIND BELOW A COPY OF THE STATEMENT: Ghana TV stations to stop showing Telenovelas from 1st May 2021. 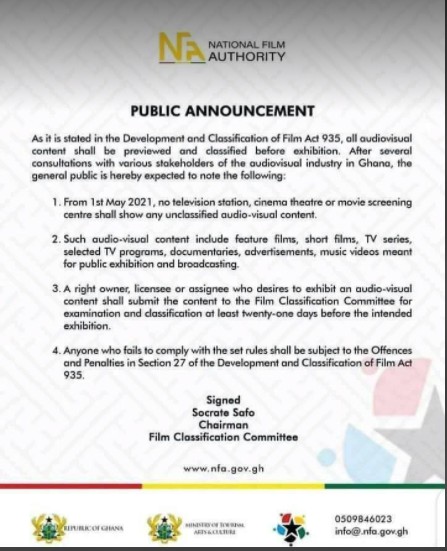 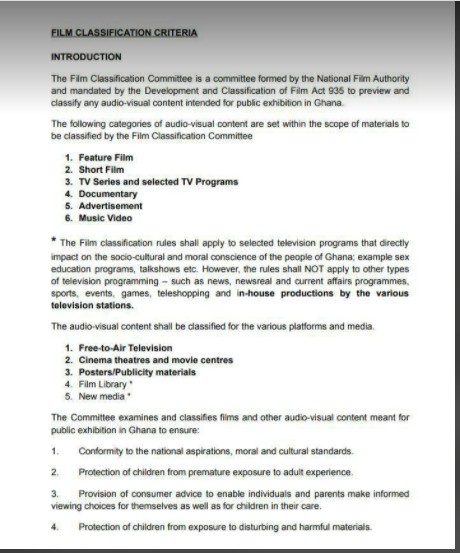