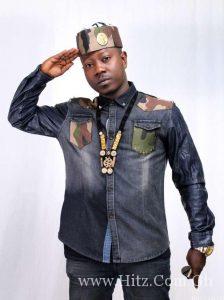 Flowing Stone won the award with his “Go Low” song which received massive airplay and reviews.
After several years of hardwork, FlowKing Stone has been awarded with the “Hhip-life Song of the Year” at the 18th edition of Vodafone Ghana Music Awards.


Flowing Stone won the award with his “Go Low” song which received massive airplay and reviews.
Being his first ever VGMA award after years of continuous hardwork, he congratulated the people of Kumasi for the support and was optimistic that there is more to come his way.


“Go Low”, a song produced by Tuhbani Muzik beat stiff opposition from “Samba” by Guru, “Club” by Donzy feat. Piesie and Sarkodie ,”RNS” by Sarkodie , “Biegya” by Criss Waddle feat. Stonebwoy ,”Sweet Pie” by Kofi Kinaata and “Alhaji” by VVIP feat. Patoranking to give Stone his first ever VGMA award.