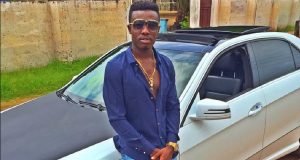 CEO of AMG business, Criss Kwaku Waddle has finally spoken publicly to stories making the rounds that he has had sexual bout with 18-year-old SHS graduate where the graduate later wanted to take her life after Criss Waddle told her she’s not matured enough for him to date her.


Well, this year has not been that good year for the ‘Bie Gya’ hitmaker. Controversies upon controversies but according to Criss Waddle, all hope is not lost.