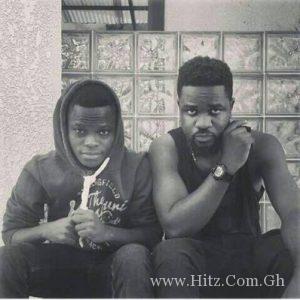 Teenage rapper, Awal is just fed up with his godfather Sarkodie who has kept him hidden for so many years after he came out of the reality show.


Awal who now feels it is time for him to be left alone has released a new song ‘Appreciation’ which actually is a diss to Sarkodie and Strongman Burner according to listeners.


The teenager wants to be out there doing his own thing and could stand how he is being kept hidden all these years.

In the song, Awal mentioned some celebrities who gave him the opportunity Appreciation is a great song with lyrics directed at Africa’s best rapper Sarkodie and Strongman. The song is produced by Gyambo. Enjoy song below…