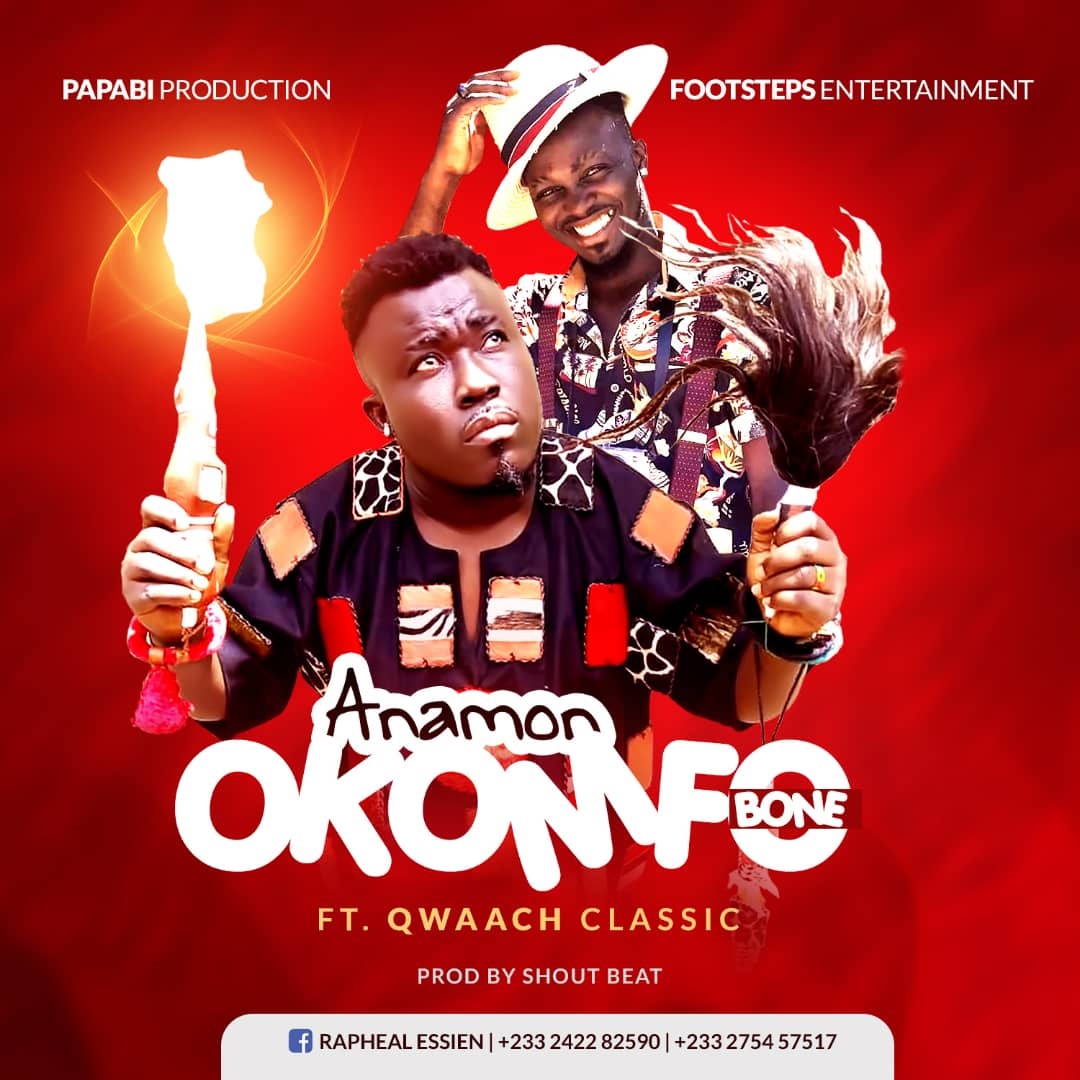 Nkwasia wuo hitmaker also Papabi Production frontliner “Raphael Essien known in the showbiz circle as Anamon footsteps” has release his much anticipated diss song title Okomfo Bone meaning Fake priest .According to him”Some spiritualist in the country have been engaging in money rituals ,Popularly known as sakawa ,for people by using Human being for sacrifice.

Anamon stated that the alleged fraudsters resides in areas where it is difficult to identify their corrupt and deceitful acts.Sometimes they comes to radios and televisions stations to announce that they are very powerful and they can helps solve your problems by giving you double Money,pocket no dry, For Girls, For Boys, Favour Power for authority and etc.They will receive a huge amount of money from you and begins to fraud you.


At the end,They will defraud you with their little supernatural powers and threatens you with madness and death .Anamon said he will never sit and watch these money doublers and fake Mallams hence they have planned to cheat us and can not help the country economy.